Better than expected US jobs data have helped prop up stocks following huge gains in the wake of the Federal Reserve’s decision to pump $600bn in newly created money into the economy.

Europe’s main markets and Wall Street futures had been trading lower before the US labour department reported on Friday that the economy generated 151,000 jobs in October, way more than the 60,000 consensus in the markets.

Furthermore, data for August and September were revised to show 110,000 fewer jobs were lost than previously thought.

The dollar surged following the publication of the labour data while bond prices retreated. However, stocks slipped as investors pocketed profits after markets hit a two-year high on Thursday.

“That’s not good enough, the unemployment rate is still unacceptably high and we’ve got a lot of work to do,” Barack Obama, the US president, said in a White House reaction to the jobs figures.

On Thursday, the Dow closed at its highest level since just before US investment bank Lehman Brothers collapsed in September 2008 and the S&P hit a 2010 high.

Overall, the jobs-growth figures of Friday failed to make a dent in the US unemployment rate, which remained at 9.6 per cent for a third straight month, in line with market expectations.

Concern over the lifeless job market was a factor behind the Federal Reserve’s decision this week to pump an additional $600bn into the economy through government bond purchases to push interest rates down further and stimulate demand.

The US central bank, which cut overnight interest rates to near zero in December 2008, had already bought about $1.7tn in government debt and mortgage-linked bonds.

Analysts said the data was not strong enough to knock the Fed off its new policy course, but it tempered speculation the central bank might have to step up its bond buying.

The economy would need to create at least 125,000 jobs a month on a sustained basis to make a noticeable dent in unemployment. Still, private hiring has come in above 100,000 in each of the past four months – an encouraging sign.

Anger over joblessness helped the Republican Party wrest control of the House of Representatives from Democrats in elections on Tuesday, which were viewed as a referendum on Obama’s economic policies.

In his remarks, Obama renewed a call for small business tax breaks, new infrastructure spending, aid for the jobless and an extension of soon-to-expire tax cuts for the middle class. 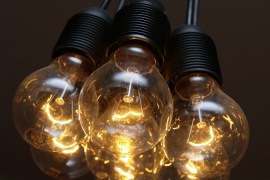 A world of entrepreneurs

We ask if it is time for young people around the globe to stop expecting a job and start creating a business. 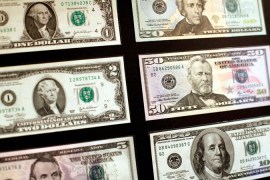 Many are skeptical that the $600bn pumped into economy will help revive it as anger grows over government spending.

US to further economic intervention