Asian markets have risen sharply after US shares closed at their highest level since just before Lehman Brothers collapsed in 2008 as the Fed’s latest attempt to lower long-term interest rates sent investors flocking to stocks.

In New York, the Dow Jones industrial average surged 219 points, or 1.9 per cent on Thursday, the highest closing level since just before Lehman Brothers went under in September 2008, triggering the global financial crisis.

The Federal Reserve’s decision Wednesday to spend $600bn buying Treasury bonds over the next eight months in an attempt to spur economic growth is expected to lower long-term interest rates, making stocks a more attractive investment.

The scheme, dubbed QE2 by traders and investors, has also boosted the prices of commodities like oil since expectations the Fed would increase the money supply have weakened the dollar, which is the currency most commodities are traded in. A weaker dollar makes commodities more attractive to investors holding other currencies.

“What QE2 has done is that it added confidence to our view,” said Shane Oliver, director of investment strategy and chief economist for AMP Capital in Sydney was quoted by the Reuters news agency.

“We further increased our exposure to Asia and emerging markets. QE2 provides more confidence that the flow of capital into emerging markets will continue and add more liquidity into asset markets,” Oliver said. 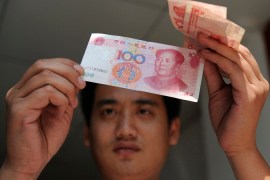 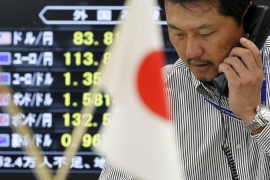 Markets edge up after stress tests