An armed gang has kidnapped at least 20 Mexican tourists around the resort city of Acapulco, local media have reported, citing the prosecutor’s office in Guerrero state in southern Mexico.

Tourists from Morelia in the neighbouring state of Michoacan were “deprived of their liberty” when they were kidnapped by an armed group, prosecutors said in a statement released on Saturday.

The kidnapping was reported by a man who had been with the group, Fernando Monreal, director of the state police in Guerrero, said.

The man who reported the kidnapping told police that he left the others to go to a store, and his companions – aged 17 to 47 – were gone when he returned, Monreal said.

The prosecutor’s office said it did not know the identity of the armed men or the fate of those abducted. The man who reported the incident has since gone missing and the motive for the kidnapping also remains unclear.

“The tourists got off their bus to buy some things and armed men intercepted them, got everyone off the bus and then kidnapped them,” La Journada newspaper reported, citing a witness who apparently was with the tourists.

Michoacan is the base of La Familia, a powerful drug cartel whose reach stretches to Guerrero.

“Acapulco had been known across the world for its sandy beaches and relaxing atmosphere,” Contreras said. But “it has been a place where we have [increasingly] seen gunfire. We are seeing an increasing amount of tension in a place where people used to go for relaxation,” he said.

“It is worrisome for the tourist industry in Mexico.”

Acapulco has been a key battleground for lucrative drug-trafficking routes and violence in the region increased earlier this year after a split in the Beltran Leyva cartel, whose leadership has been hit hard by security forces sucesses.

“There are groups that are fighting for these positions. There perhaps could have been some mix-up,” Monreal said.

In separate incidents, officials on Saturday confirmed thatf 14 men had been shot dead early Friday morning in a remote mountain village in Durango state, one of Mexico’s biggest drug-producing regions.

Also, three grenade attacks were reported by police on Friday in the affluent northern city of Monterrey. One grenade went off in the middle of the street in the area of the US consulate, which had been targeted at least twice with grenades in 2009.

More than 29,000 people have died in drug violence across Mexico since Felipe Calderon, Mexico’s president, launched an army-led attack on drug cartels in December 2006. 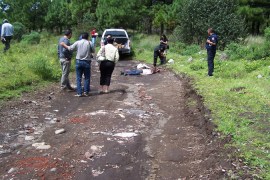 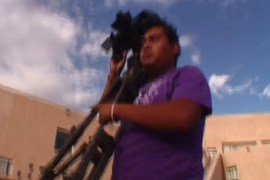 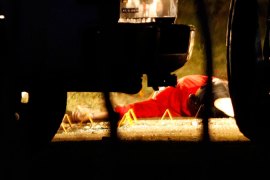