The leaders of India and Japan have signed an agreement to boost trade and investment, marking the end of trade negotiations that began in early 2007.

Manmohan Singh, the Indian prime minister, who is on a three-day visit to Tokyo, is expected to push for a nuclear energy deal as part of his “Look East” policy for expanding India’s growth.

The economic partnership agreement signed on Monday by Singh and his Japanese counterpart, Naoto Kan, comes amid strained ties between China and Japan, with some calling for a boycott of Japanese products.

The agreement will take effect once it is ratified by Japan’s parliament, expected to be by the middle of next year, and will result in tariffs on 94 per cent of trade being gradually phased out within a decade.

The deal slashes tariffs on a range of goods from auto parts to bonsai plants and introduces measures to promote investment and deal with intellectual property rights.

It will help Japanese car makers such as Suzuki who have opened plants in India by lifting tariffs on parts, while also easing access to the market in Japan for Indian generic drugs.

“I have long believed that India and Japan must work together to create a business environment conducive to much greater trade and investment flows,” Singh told Japanese business leaders on Monday.

“Our efforts have finally been crowned with success.”

India is also seeking to seal another long-sought agreement on civilian nuclear co-operation with Japan.

Singh said he hoped that Japan will be “India’s partner in expanding our nuclear energy for peaceful purposes”.

“But I do recognise the sensitivity of this subject in Japan, and I wouldn’t therefore force the issue,” he said after meeting Seiji Maehara, the Japanese foreign minister, in Tokyo.

India’s refusal to sign the Nuclear Non-Proliferation Treaty is proving to be a stumbling block after two rounds of talks, as Japan, a pacifist nation, wants India to commit to ending nuclear tests.

Japan and India launched talks in June on a pact that would allow Japan to export its cutting-edge nuclear technology to the South Asian nation, a hotly contested market for atomic plants.

Narayanan Madhavan, an associate editor at the Indian daily Hindustan Times, told Al Jazeera the visit was “very significant because India needs the energy and Japan has a lot to offer”.

“They are two large economies who need each other and from the point of view of business and energy needs, as well as in terms of money and infrastructure, it seems like a very good fit,” he said.

“India has been talking about a Look East policy for decades but the fact is that China is increasing its influence, which makes sense for East Asia’s other significant economies such as Malaysia or Japan, and India, to come together.

“So there is some kind of a coalition being formed in which Japan and India play a constructive role to counter China.”

He will then travel to Malaysia and Vietnam, where Southeast Asian leaders will meet other Asian powers, including the premiers of China and Japan, for a summit later this week.

Hideaki Kase, a historian and commentator on diplomatic issues, told the AFP news agency the timing of Singh’s visit, amid the Japan-China spat, would allow him to stress the shared democratic values of their countries.

“It is a very timely visit as it is during times of an anti-Japanese movement in China and as India’s presence is becoming bigger in Japan. It is almost a divine gift,” he said. 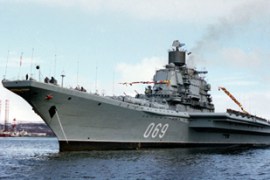 Deal for 12 nuclear reactors and sale of MiG fighter jets among pacts signed by Putin. 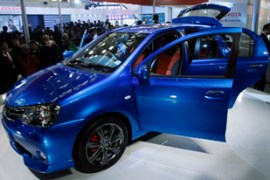 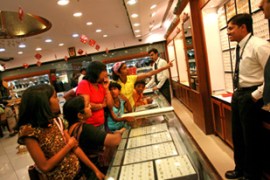