Asian shares have fallen after China raised its key interest rate for the first time since 2007.

The drop on Japan’s Nikkei averaged 2.2 per cent on Wednesday, as investors fretted that China may be embarking on a policy tightening cycle.

The MSCI index of Asia Pacific stocks outside Japan was down 0.4 per cent by late morning, after trimming some of its losses suffered earlier in the day.

China announced its interest rate rise on Tuesday in a move intended to control inflation and rapid growth.

The move reflected Beijing’s focus on guiding growth to a more sustainable level rather than revving up the economy. China’s economy grew 10.3 per cent in the second quarter.

David Buick, from BGC Partners, told Al Jazeera: “I think China is very well known for just in case the world forgets that the government is in charge or not, they tweak it. It is a very modest increase.

“It is still about half what it was 10 years ago. The Chinese economy is in danger of overheating, particularly the property bubble. And I think that the authorities are very keen now to make sure that things do not get out of hand.

“And that does send warning shots across the bow, because it could adversely affect the level and flow of imports and exports and hence stock markets have received the news badly … I think that we can see this as no more than a temporary aberration.”

The People’s Bank of China said it was raising benchmark rates by 25 basis points, taking one-year deposit rates to 2.5 per cent and one-year lending rates to 5.56 per cent.

China’s economy is expected to drive the stuttering global economic recovery, and the impact of the rate change was felt by markets across the board on Tuesday. Oil and gold prices tumbled, stocks turned negative in Europe and the dollar jumped.

“The interest rate rise is entirely outside of market expectations,” Zhu Jiangfang, the chief economist at CITIC Securities in Beijing, said.

“The recent rise in headline inflation has put the real rate into negative territory. And I think that’s why the central bank needs to raise interest rates in such a hasty way,” he said.

Some analysts said the rate increase also suggested a deal was in place between China and the US to strengthen the yuan and put an end to worries about a currency war of competitive devaluations ahead of upcoming Group of 20 meetings.

But others said just the opposite was the case – with higher rates, Beijing can afford to rely less on currency appreciation to keep the economy on an even keel.

Finance ministers of the G20 major economies will aim to tackle the currency strains in a meeting in South Korea starting on Friday. The country also hosts a G20 leaders’ summit in November.

Although announced by the People’s Bank of China, the decision to increase rates would have received approval from the highest echelons of Chinese power, with Wen Jiabao, the Chinese prime minister, likely signing off on it.

Once a consensus has been forged in Beijing to raise or cut rates, past experience shows that moves often come in bunches.

In the view of some, it is about time for China to embark on a more aggressive tightening cycle.

To date, it has relied on lending restrictions and banks’ reserve requirements to keep growth from boiling over.

A number of leading economists, including some advisers to the central bank, have urged an increase in deposit rates to keep savers’ returns in positive territory.

China reported consumer inflation of 3.5 per cent in the year to August and economists expect that the pace climbed to 3.6 per cent in September.

Still, the increase in rates is surprising given that several senior leaders have recently expressed confidence that inflation is under control, and have said that higher rates would potentially suck in speculative capital from abroad.

“They did it now likely because Thursday’s GDP and CPI data is too strong for them,” Dariusz Kowalczyk, a senior economist at Credit Agricole CIB in Hong Kong, said.

China is due to report third-quarter GDP and a suite of economic data for September on Thursday.

The consensus forecast is that economic growth slowed to 9.5 per cent year-on-year last quarter, down from 10.3 per cent in the second quarter. 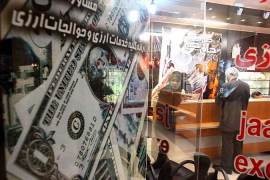 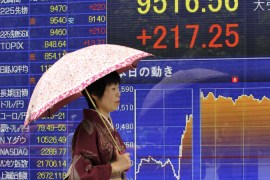 Central bank cuts rates and pledges to buy some $60bn worth of assets in attempt to stimulate the country’s economy.