Ben Bernanke, the head of the US central bank, has said that more government intervention is needed to pull the country out of its economic slump.

In a speech he delivered in Boston, Massachusetts, the US Federal Reserve chairman said his institution is failing in both of its key aims: keeping inflation and unemployment at sustainable levels.

“There would appear – all else being equal – to be a case for further action,” Bernanke said in his address on Friday at a conference sponsored by the Boston Federal Reserve Bank.

He said that the economy is growing at a pace that is “less vigorous than we would like”, adding that the inflation rate is falling and that a boost is needed to avoid deflation.

He also warned that prolonged high employment in the United States, which is at nearly 10 per cent, is putting economic recovery at risk.

One solution Bernanke has proposed is quantitative easing – increasing the money supply by flooding financial institutions with capital, in an effort to promote increased lending and liquidity.

In simpler terms, that would mean the Fed buying up financial assets, such as government and corporate bonds, by using funds the bank has created out of thin air.

However, Bernanke indicated discussions were still being held to decide how aggressive the bank’s move would be.

“Nonconventional policies have costs and limitations that must be taken into account in judging whether and how aggressively they should be used,” he said.

The Federal Reserve is expected to back the move to buy up US government bonds at its next meeting on November 3.

The US treasury, meanwhile, has reported that this year’s budget deficit narrowed to $1.294 trillion from last year’s record $1.416 trillion.

Although officials on Friday called it the biggest deficit-to-GDP improvement in 23 years, the budget gap remains the second-highest in US history.

“You would have to see figures in the six per cent range before you start to change perceptions that there’s been a genuine improvement.”

The budget gap was $177bn less than the Obama administration had estimated in July, with much of the reduction due to lower-than-forecast spending on financial bailout programmes and higher-than-expected tax collections. 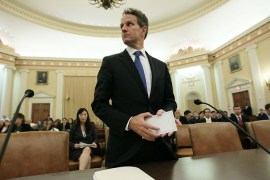 US delays decision on Chinese yuan

Treasury to determine in November whether to accuse China formally of using its currency to gain trade advantages. 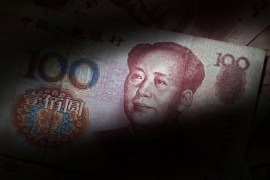 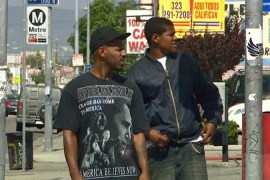 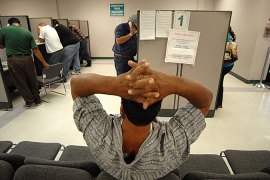 Economy loses 95,000 jobs in September in the last monthly labour snapshot ahead of mid-term elections.