Two Americans and a British-Cypriot have won the 2010 Nobel Economics Prize for developing a theory that helps explain why many people can remain unemployed despite a large number of job vacancies.

The Nobel jury lauded the trio “for their analysis of markets with search frictions” when it awarded the $1.5m prize to Peter Diamond, Dale Mortensen and Christopher Pissarides on Monday.

As governments around the world struggle in the wake of the economic crisis, work by the three economists has important policy applications, helping to explain how unemployment, job vacancies and wages are affected by regulation and economic policy.

The three Nobel laureates help show with their model – the Diamond-Mortensen-Pissarides, or DMP model – that markets do not always work the way they are supposed to and that “finding the right match” in the labour market can be elusive.

Diamond, one of the American winners, has been nominated to the board of the Federal Reserve, the country’s central bank.

A former mentor to Ben Bernanke, the current federal reserve chairman, Diamond analysed the foundations of so-called search markets, while Mortensen and Pissarides expanded the theory and applied it to the labour market.

Diamond wrote a paper in the early 1980s that found that unemployment compensation, otherwise known as social security, can lead to better job matches.

Workers “become more selective in the jobs they accept” because of the employment aid. And that makes for better matches and increases efficiency, he found.

Policy ideas like increasing aid for the unemployed have not made Diamond popular with Republicans in his home country.

They have held up his nomination to the Federal Reserve and he probably will not be confirmed for the position until after November’s mid-term elections in the US.

“In all my central research areas, I have thought about and written about the risks in the economy and how markets and government can combine to make the economy function better for individuals,” he told a senate hearing in July.

Christopher Pissarides, 62, a professor at the London School of Economics and a British-Cypriot, said winning the award came as a “complete surprise”.

“The happiness is even more when it comes as a surprise,” he told the Associated Press news agency.

For example, he said that the New Deal for Young People, a British government initiative aimed at getting 18-24-year-olds back on the job market after long spells of unemployment, “is very much based on our work”.

The economics prize is not among the original awards established by Alfred Nobel, Swedish industrialist who established the Nobel prizes in his 1895 will, but was created in 1968 by the Swedish central bank. 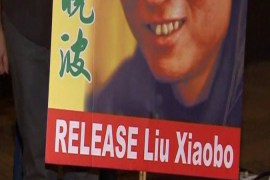 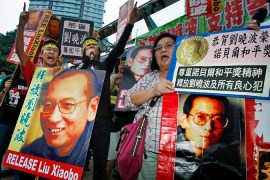