Japan’s central bank has said that business confidence improved for the sixth straight quarter, but analysts worry that a strong yen, economic problems in other countries and tensions with China could lead to decreased confidence and growth in the near future.

Japanese stocks rose 0.67 per cent on Wednesday, after the release of the better than expected survey on business confidence.

The Nikkei has gained about eight per cent this month, its best monthly performance since March, helped by exporters after intervention by Japanese authorities to weaken the yen two weeks ago.

Sentiment among major manufacturers rose to a higher-than-expected reading of eight in September from one in June, according to the central bank’s closely watched Tankan survey of more than 11,000 firms.

But Howard Wheeldon, a senior strategist with the international brokerage firm BGC Partners, told Al Jazeera that confidence is unlikely to last.

“We had a reasonably run of confidence over the past six months. That has translated to a small rise in output and the general economy, but it wasn’t going to last,” he said.

Toshio Sumitani, senior strategist at Tokai Tokyo Research Centre, echoed those concerns, telling Dow Jones Newswires that stock price rallies “may be short-lived as there are concerns about future sentiment”.

Despite the Japanese central bank’s attempts to lower the yen, the high value of the currency is a cause of concern for analysts.

“I think Tankan is essentially saying that confidence is going to fall away in the next three to six months. A lot of it is yen related,” Wheeldon told Al Jazeera.

“All businesses are affected by the strong yen, it is a serious problem for them, as they have to export. There are literally hundreds of thousands of small companies in Japan and they are reliant on the larger companies, and the outlook is pretty poor.”

“Nothing the government does seems to be able to stop the relentless rise [of the yen],” he said.

In addition to issues affecting its currency, political disputes between Japan and China worry economic analysts.

On Wednesday, Japanese media and industry sources said that China has moved towards resuming exports of rare earth minerals to Japan that have been disrupted amid a bitter diplomatic row.

On September 8, Japan arrested a Chinese fighting boat captain near a disputed island chain in the East China Sea after his boat collided with two Japanese coastguard patrol boats.

The Chinese government has repeatedly denied claims it blocked the shipments of  rare earths, a market in which it has a virtual global monopoly and which Japan’s high tech firms rely on for making everything from  iPods to wind turbines.

“The whole dispute between China and Japan is unwelcome, business will, I think, begin to feel the pinch in three or four months time,” BGC Partners’ Wheeldon said. 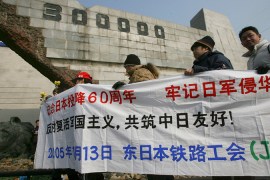 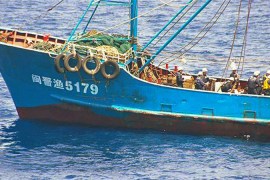