Banks will now be forced to hold more and safer kinds of capital to offset the risks they take lending money and trading securities, which should make them more resistant to financial shocks such as those of the last several years.

Jean-Claude Trichet, president of the European Central Bank, and chairman of the committee of central bankers and bank supervisors that worked on the new rules, called the agreement “a fundamental strengthening of global capital standards”.

“Their contribution to long-term financial stability and growth will be substantial,” Trichet said in a statement on Sunday.

US officials including Ben Bernanke, the chairman of the federal reserve, called the new standards a “significant step forward in reducing the incidence and severity of future financial crises”.

However, some banks have protested that the new rules may hurt their profitability and cause them to reduce the lending that fuels economic growth, possibly hindering a global economic recovery.

The deal still has to be presented to leaders of the Group of 20 forum of rich and developing countries at a meeting in November and ratified by national governments before it comes into force.

Known as Basel III, it is seen as an essential aspect of the global financial reforms proposed by governments following the credit crunch and subsequent economic downturn caused by risky banking practices.

Banks would be required by 2019 to set aside an additional buffer of 2.5 per cent to “withstand future periods of stress”, bringing the total core reserves required to 7.0 per cent.

According to regulators, this additional reserve “will help to ensure that banks maintain a buffer of capital that can be used to absorb losses during periods of financial and economic stress”.

They added that this tool would go towards stopping banks from issuing “discretionary bonuses and high dividends, even in the face of deteriorating capital positions”.

Another measure aimed at preventing banks from overstretching themselves is the introduction of a leverage ratio of 3 per cent. Leverage, or borrowing to invest elsewhere, boosts returns but can backfire catastrophically if an investment declines.

Some European banks had objected to this, arguing that the measure unfairly penalises small lenders with relatively safe credit portfolios.

Regulators also agreed to continue working on additional safeguards for “systemically important banks”, those that could bring down entire economies if they collapse.

Markets edge up after stress tests 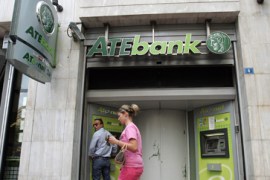 Samah El-Shahat explains why the long-term prognosis is poor for Europe’s sick banks. 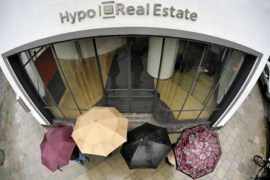 Five Spanish banks among those that failed assessment of ability to survive future crisis. 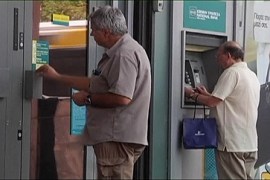 Seven out of 91 banks pass, although some analysts worry the EU test was too easy.