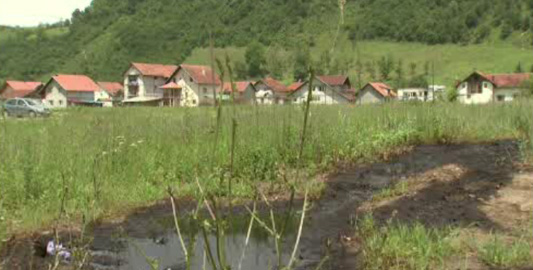 Drive three hours north from Sarajevo, through the sweeping hills and valleys of central Bosnia and you arrive in the city of Tuzla.

It is a pretty enough place with its elegantly dressed people and numerous cafes, but this place could be about to undergo a remarkable transformation.

The talk here is about oil. Not just the prices which are affecting everyone but supplies, deep underground. It is nothing new. They have been talking about it since the 19th century, during the time of the Austro-Hungarian Empire.

On the edge of the city, where the cornfields lie, it is easy to find traces of the exploration carried out here before the second world war. Twenty bore holes were drilled into the ground to find out what lies beneath. And now the oil bubbles to the surface on its own, leaking out of the holes, scarring the surface nearby.

Professor Hazim Hrvatovic is Bosnia’s most senior geologist. He has looked at the results from the drilling in the thirties and at the surveys carried out by a British firm in the 1980s.

“From all we’ve read and all we’ve seen there may be around 400 million barrels of oil here. It will take money to extract and develop which is why we need a partner to help us.

“But there is enough oil here to supply our demands for the next twenty years and maybe more. This could transform our economy,” he says.

The area needs so much though – roads and other transport links to move the oil, somewhere to process it and somewhere to store it. With oil hitting $130 a barrel, it is suddenly financially viable to do all of this.

But drilling for oil is a risky business. No one wants to spend the millions of dollars it takes to drill just one hole only to come up dry. Bosnia needs outside help.

Ibrahim Bosto is a senior figure with Bosnia’s main energy company Energoinvest, which is 67 per cent owned by the government. In his office, we look over geological maps of the area. There are four places around the country which have been identified as of potential interest.

“The only solution at the moment is to find a strategic partner, who is ready to invest in this works, to co-operate with us and to reap the rewards of what may be there,” Bosto says.

In Tuzla, the idea of transforming this place into the oil capital of the Balkans excites the locals.

In an area of high unemployment, they see the benefits. Stop anyone on the street and they know about the stories of oil.

One woman tells me: “Oil could be the sign of wealth and development growth for our whole society, and maybe it’s a big chance for employment for the young people because at the moment they don’t have jobs.”

The government has watched the oil price rise steadily. And now it knows the country could be on the verge of a bonanza.

“The potential in raw oil and natural gas that exists here would transform the whole economic situation in Bosnia and I assume we would become a centre for energy development in south east Europe,” he said.

But for the moment, all there is is oil bubbling slowly to the surface. So the people must wait to see if the experts are right and deep underground, there lies enough oil to transform this country and its struggling economy. 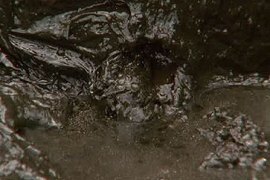 Current high oil prices could be good news for Bosnia, which is on the verge of a major oil find.