China’s growing economic might is fuelling massive demand for foreign oil, but record crude prices are proving a major burden for both the government and consumers.

In the latest in an Al Jazeera series on China, Melissa Chan reports from Beijing on the challenges soaring prices and rising demands pose.

China’s transport network is crucial in keeping the country’s economy rolling along.

Trucks take products from the factories to the ports, from where they sail to the rest of the world.

But there is a problem that is slowing down this process so imperative in keeping China’s economy going – the higher cost of fuel.

That creates its own set of problems, which have the potential to affect the flow of traffic and therefore the flow of commerce.

Oil refineries do not have much incentive to produce fuel if the profit margin is low or if it would bring them losses.

So they have stopped producing diesel, and China’s trucks now wait in long lines at filling stations.

“It’s my company’s truck, so I don’t know the details. But, of course there has been an effect on our business,” another says.

The lack of diesel means that goods manufactured for the foreign market are taking longer to hit the shelves.

China needs to take a closer look at its price control policy on fuel, walking a fine line between international market pressures and keeping its people happy.

“For price reform one major rule is to give the international market rate a quick response. Now, for import oil, it accounts for 50 per cent of the market,” Yang Fuqiang from the Energy Foundation says.

“Before, it was a small portion, so the Chinese central decision makers did not pay attention to the international oil market. Now they have to.”

What is happening in China is likely to have a noticeable effect on the movement of manufactured goods.

Which means that this Chinese issue is something everyone should keep an eye on. 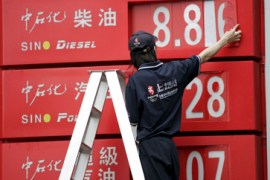 First increase in 17 months on diesel and petrol aimed at easing supply problems. 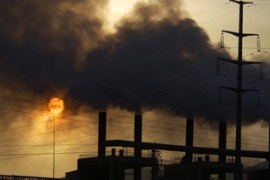 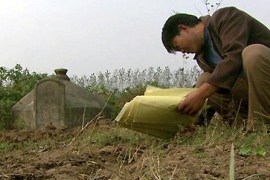 Al Jazeera visits a family hit by tragedy as a result of tainted food.