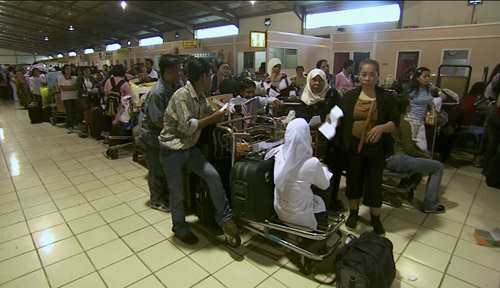 Indonesia ‘exports’ about 2.5m maids to a number of countries in Asia and the Middle East

Many of them are treated well, but some – subjected to physical and mental abuse – endure a living hell.

Most who venture abroad as domestic workers come from Indonesia and the Philippines, with Indonesia alone recording 2.5m workers, some of them as young as 12.

These women earn a wage of $100 a month, but the combined worth of their remittances adds up to an estimated $5.4bn a year.

The jobs take the workers to other Asian countries and to the Middle East, where they often find themselves unprotected by local labour laws, leaving the women open to exploitation.

At a school for maids near the Indonesian capital, Jakarta, women take the first step to escape from unemployment and poverty by enrolling on courses in housework.

They are among an estimated 700,000 Indonesians, 80 per cent of them women, who embark on a journey abroad each year leaving behind partners and children.

But their journey ends in Terminal 3 – specially designated for returning migrant workers – at Jakarta‘s international airport. 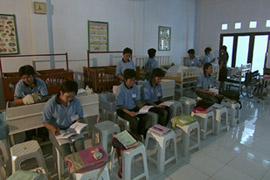 Women train to do housework at a maid school

Indonesian officials say an increasing number of domestic workers are returning home without having been paid, or much worse.

One case is that of a 20-year-old woman, her name withdrawn to protect her identity, who worked as a maid in Kuwait.

She claimed the father and son of the household had raped her.

She said her hands were black from exposure to chlorine used to clean toilets without gloves.

The worst cases of maid abuse can be found at Jakarta’s police hospital, such as a woman with scars she claims were inflicted by her female employer in Kuwait because she worked too slowly.

“My arm and my buttock were ironed. Then my head was hit with a metal bar, my hair was cut, and my eyes were poked,” she told Al Jazeera.

The Migrant Care organisation in Jakarta says such reports are becoming all too familiar, and are quickly filling up their database of abuse claims.

Anis Hidayah, the executive director of Migrant Care, said a domestic worker in Indonesia and most other countries is not protected by labour laws as they are not considered to be formal workers.

In some cases, the women can work up to 22 hours a day, seven days a week, are sometimes starved and not paid, and are confined in homes indefinitely.

Recently an Indonesian maid in Malaysia tied sheets together and climbed down the ledge of a high-rise apartment in an attempt to escape an abusive employer.

Last year, 20 maids killed their employers, a figure that could rise this year. 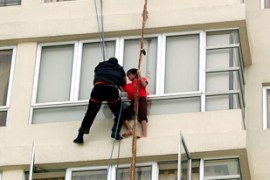 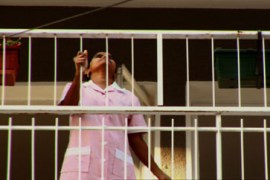 Spare a thought for Sri Lankan housemaids working in Lebanon. 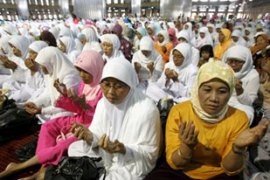 Government accused of neglecting plight of millions of domestic workers.