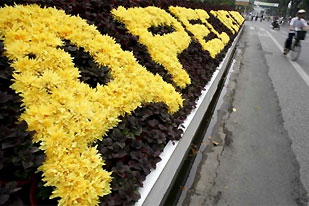 As leaders from around the Pacific Rim gather in Hanoi for the annual Apec forum and summit, Al Jazeera takes a look at the organisation and its objectives:

The Asia-Pacific Economic Co-operation (Apec) forum was established in 1989 in Canberra, Australia, in response to the growing economic interdependence among the economies bordering the Pacific.

It has grown from 12 members originally to 21 today, spanning four continents from the United States to Vietnam, from New Zealand to Peru.

Combined, the 21 Apec members account for roughly 40 per cent of the world’s population and nearly 50 per cent of world trade.

Apec is founded on what are known as the Three Pillars – trade and investment liberalisation, business facilitation and economic and technical co-operation

Its goals are to facilitate business and to foster market liberalisation and economic and technical co-operation between its member countries.

Meeting in the Indonesian city of Bogor in 1994 Apec adopted the Bogor Goals, aiming for free and open trade and investment by reducing tariff barriers to between zero to five per cent for industrialised economies by 2010 and for developing economies by 2020.

Apec’s supporters say the grouping is helping the region move towards greater economic liberalisation and co-operation, pointing to a surge in Pacific trade over the 16 years of the forum’s existence.

In its first decade, they say, Apec member countries outperformed the rest of the world by generating nearly 70 per cent of global economic growth.

However, member countries often have competing conceptions of regionalism and to what extent it is appropriate to integrate.

Critics say that Apec has largely been ineffectual. The annual meetings after the Asian economic crisis, for instance, failed to produce an action plan for regional recovery.

Apec has also been accused of inefficiency, promoting free trade at the expense of developing nations and the poor, and being out of touch with the shifting global environment.

A regional survey conducted shortly before the meeting in Hanoi this year reported that 56 per cent of those asked said Apec suffered from a lack of focus and 44 per cent saw Apec as irrelevant to ordinary people.