Todd Baer is an award winning journalist and media executive based in London. He was a correspondent for Al Jazeera English covering live news in the ... Middle East, India and the Americas. Previously he covered the Minneapolis Police Department for KSTP-TV, the ABC television station in Minneapolis. He also worked as a reporter and producer for CNN and ABC News.  Baer is the recipient of the Order of the Polar Star, the highest honor a foreigner can receive in Mongolia for his contribution to journalism in the country. He is a member of the board at SAGE Innovation Centre and is a graduate of the University of Nebraska.

I know be­cause as a lo­cal re­porter I cov­ered it for five years and dis­cov­ered the lengths it would go to to con­ceal it. 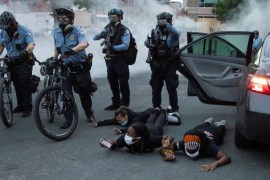