Sven Jurschewsky is a retired Canadian Foreign Service officer who has specialised in political-military affairs, international security and intellige... nce, and nuclear arms control. He was head of political section at the Canadian Embassy in Beijing during which he was responsible for the establishment of Canada’s diplomatic relations with the DPRK. 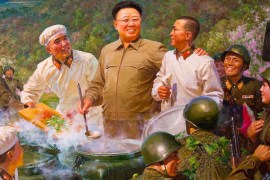