Rana Sabbagh, an award-winning writer and 37-year career journalist, is senior MENA editor at the Organized Crime and Corruption Reporting Project (OC... CRP) and co-founder and former executive director at Arab Reporters for Investigative Journalism (ARIJ) from 2005 to 2019. She was the first female chief editor in the Near East region, running the English-language daily, the Jordan Times (1999-2001).

Since the Arab Spring, the me­dia has been muz­zled, but in­de­pen­dent voic­es and a new US pres­i­dent of­fer hope. 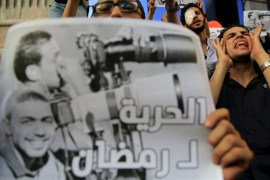