Rachel Levin is an award-winning producer and correspondent who has been at Al Jazeera since 2006. She is currently based in the news channel's Mexico... City bureau from where she manages three news teams and plans daily news stories. For the past 10 years she has also covered major events such as the wars in Iraq and Afghanistan, the tsunami in Indonesia, the Intifada, the 2008 US presidential election and the earthquake in Haiti. She has over 16 years of experience reporting from around the world with leading news organisations such as NBC News, CNN, the BBC and National Geographic. In 2005, she was nominated for a News Emmy for her continuing coverage of the death of Yasser Arafat for NBC's Nightly News with Brian Williams. One year later, she was also nominated for a News Emmy for her outstanding investigative journalism, again for her work for NBC Nightly News. 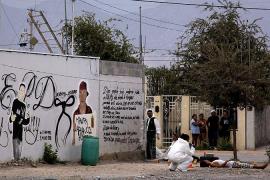 In Haiti, con­cern over gold rush

In coun­try still strug­gling to re­cov­er from 2010 earth­quake, cit­i­zens are hes­i­tant to trust for­eign min­ing com­pa­nies. 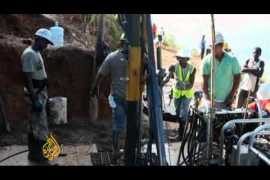