Mohammed Harun Arsalai is an independent journalist and political activist from the Bay Area of California, and co-founder of the independent media pr... oject, Documenting Afghanistan  Currently based in his native Afghanistan, Mohammed has reported on U.S. social movements, police violence, and racism for Bay Area Intifada  which he co-founded. His recent work focuses on refugees, the War on Terror, and militant groups operating in Afghanistan.

The EU should stop blam­ing NGOs for sav­ing lives at sea and start tack­ling the prob­lems that force peo­ple to mi­grate. 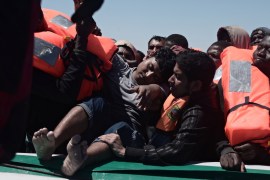