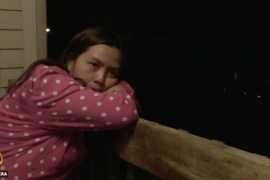 Shattering the myth of ‘Canada the Good’

Migrant labour programmes expose the colonial construction of a country seen by many as tolerant of diversity.