Kimberly Halkett is a Canadian-born journalist, covering the United States since her move to Washington, in 1998. She has reported on the administrati... ons of Presidents Clinton, Bush and Obama. Kimberly has served as a reporter and presenter for Al Jazeera since the launch of the network. Prior to joining AJE, Kimberly was a US National Correspondent for Canada’s Global Television network, reporting exclusively for its flagship evening newscast, “Global National.” Currently, Kimberly covers the White House for Al Jazeera. 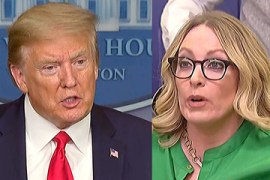 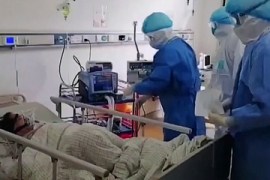 More than 500,000 in US infected with coronavirus

Confirmed cases in world’s largest economy have been sky-rocketing in the month since a pandemic was declared. 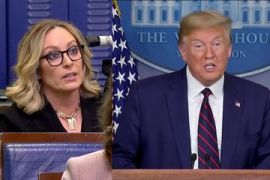 Calls mount for Washington to ease sanctions that have crippled Iran. 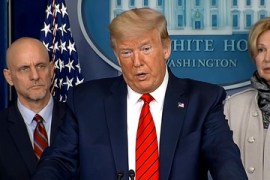 As critics question Trump’s handling of the crisis, the US president continues to blame China for its spread. 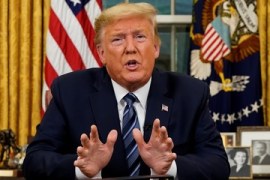 Coronavirus pandemic: US suspends travel from Europe for 30 days

President Donald Trump says the travel suspension will protect US citizens from the coronavirus outbreak. 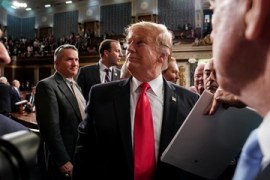 Trump to tout jobs and economy in State of the Union: Officials

Will Donald Trump address impeachment in Tuesday’s major address to the nation? 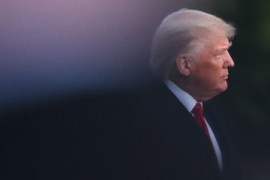 As President Donald Trump prepares for the 2020 polls, his impeachment will hog headlines next year. 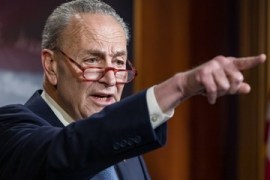 A top US Democrat puts the pressure on leading White House aides to testify in President Donald Trump’s impeachment trial. 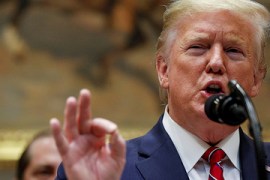 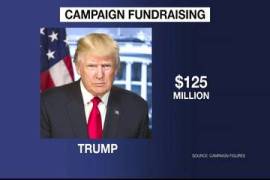 How the Trump campaign is turning political troubles into fundraising gold.