José Gomes Temporão is a public health physician. He was Brazil's Minister of Health from 2007 to 2010, during the second term of President Luiz Ináci... o Lula da Silva. During his mandate, in 2007, Brazil issued a compulsory license for the antiretroviral drug Efavirenz, to be distributed through the country's Universal Health System (SUS).

To mend re­la­tions with Latin Amer­i­ca, Biden should fo­cus on COVID 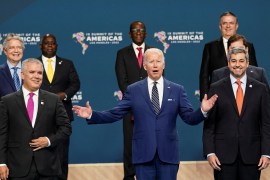