James Bays, is an award-winning correspondent, who has travelled to more than 70 counties and has reported from numerous conflict zones, including Ira... q, Congo, Sierra Leone, Lebanon, Bosnia, Kosovo, Afghanistan, Panama, the former Soviet Union, Israel and the Palestinian territories. As a roving correspondent, James frequently reported from Baghdad and Kabul. He filed reports for Al Jazeera following Taliban fighters in southern Afghanistan, which later took second prize in the Best TV Item category at the Monte Carlo Television Festival in 2008 and was nominated for a Royal Television Society award. He is now the channel's Washington editor. 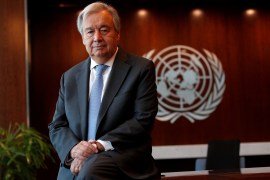 UN General Assembly is usually a packed event, with world leaders making headlines, but not this year. 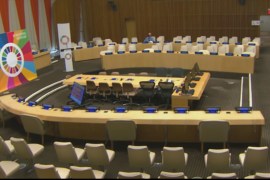 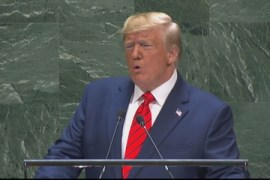 UNGA 2020: Some leaders to settle for virtual speeches

The US ambassador to the United Nations says President Donald Trump will probably still come in person. 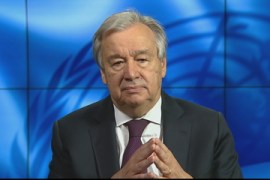 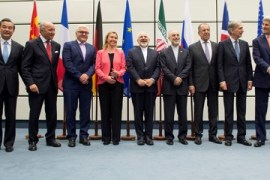 Iran nuclear deal 5 years on: Uncertainty after US withdrawal

The Iran nuclear agreement still survives five years after it was signed in Vienna, but the biggest test is yet to come. 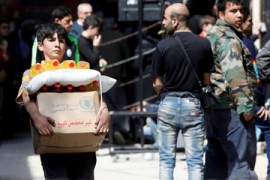 In a setback for millions of displaced Syrians, several attempts to keep a second border crossing open failed to pass at the Security Council. 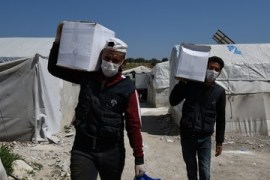 The UNSC resolution would have extended cross-border humanitarian aid to three million Syrians for a year. 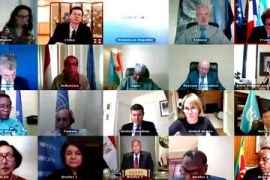 The UN Security Council holds a virtual session on Ethiopia’s controversial dam project, which has caused a bitter dispute with Egypt and Sudan. 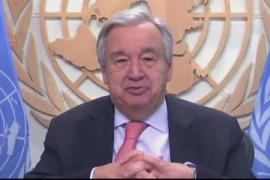 COVID-19 has not only highlighted the flaws in the international system, but also downgraded the anniversary events. 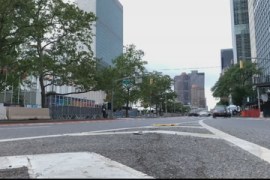 Three months after the pandemic brought life to a standstill, some offices and non-essential business will be allowed to partially reopen.