Issandr El Amrani oversees Crisis Group's North Africa Project. Based in Rabat, he has worked across the Middle East as a journalist, commentator and ... consultant and was previously Crisis Group's North Africa Analyst. His reporting and commentary on the Middle East and North Africa has appeared in several outlets including The Economist, London Review of Books, Financial Times, The National, The Guardian, Time. He is the founder of The Arabist, one of the longest-running blogs in the region. 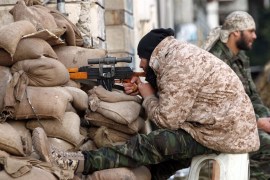