Indira Naidoo is one of Australia's most popular broadcasters. During her 30-year award-winning journalistic career, Ms Naidoo has hosted and reported... for some of the country's most distinguished news and current affair programs. In recent years Indira's journalistic interest has shifted to the role global environmental issues play in conflict, poverty and food security. These issues drew her to write two books, the best-selling "The Edible Balcony" published in 2011, about growing food in small spaces, and "The Edible City" - about community gardening - published in 2015.&nbsp; 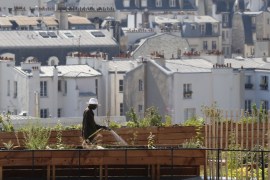 Urban agriculture is the key to a sustainable future

We can beat climate change by growing food in small urban environments, like rooftops, balconies and even walls.