Ibrahim Dogus is the founder and director of the Centre for Turkey Studies (CEFTUS), which hosts the British Kebab Awards; and the Labour Party friend... s group, SME4Labour. CEFTUS is a non-party political forum and think-tank focusing exclusively on Turkey and the United Kingdom. Prior to this, Dogus was the director of several community-led projects across the UK working to encourage active social participation and citizenship among Turkish, Turkish-Cypriot and Kurdish communities.

Let us swim around the melt­ing pot, en­joy­ing the mix. 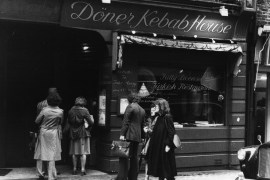