Harlem Désir is the Senior Vice President of the International Rescue Committee (IRC) in Europe. From Brussels, he oversees the IRC’s work in offices ... in the UK, Germany, Sweden, Belgium and Switzerland where he engages in high-level advocacy in Europe on behalf of the world’s most vulnerable. Prior to joining the IRC, Désir worked with the Forum on Information and Democracy in France, where he was Executive Director and was the OSCE Representative on Freedom of the Media from 2017 to 2020. In 1984, Désir co-founded the French not-for-profit association SOS Racisme with the mission to fight against racism, anti-Semitism, and all other forms of discrimination. Désir was French Minister of State for European Affairs from 2014 to 2017 and a Member of the European Parliament for three terms from 1999 to 2014.

The EU has ap­proached its en­gage­ment in the Sa­hel re­gion with a mil­i­tary or mi­gra­tion de­ter­rence lens for too long. 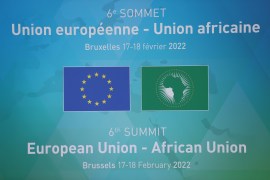