Hala Al Ghawi is a co-founder of the Families for Freedom movement, which campaigns for freedom and justice for Syria's detainees. She works with Syri... an refugees, particularly with former detainees and survivors of gender-based violence, providing them with psychosocial support and helping treat post-traumatic stress disorder. She is the co-founder of an organisation named Syria's Bright Future which provides health and psychosocial support services to Syrian refugees. 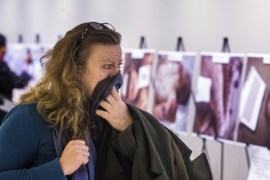 The UN should not forget Syria’s disappeared

The international community has to take action on the 100,000 people who have been forcibly disappeared in Syria.