Hala Al Ghawi is a co-founder of the Families for Freedom movement, which campaigns for freedom and justice for Syria's detainees. She works with Syri... an refugees, particularly with former detainees and survivors of gender-based violence, providing them with psychosocial support and helping treat post-traumatic stress disorder. She is the co-founder of an organisation named Syria's Bright Future which provides health and psychosocial support services to Syrian refugees.

The in­ter­na­tion­al com­mu­ni­ty has to take ac­tion on the 100,000 peo­ple who have been forcibly dis­ap­peared in Syr­ia. 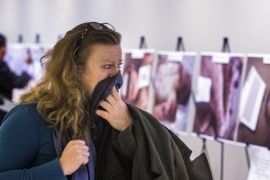