Giles Trendle started his Al Jazeera career with Arabic's flagship investigative documentary show Top Secret. He moved across to Al Jazeera English in... 2006 where he commissioned and acquired films for the Witness documentary strand. Prior to joining Al Jazeera, Trendle was an independent documentary-maker and journalist specialising in the Middle East.

AJE’s Man­ag­ing Di­rec­tor Giles Tren­dle re­views 2015 wins and loss­es and high­lights the chal­lenges ahead for the Net­work. 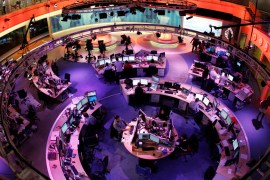