Eva Kusuma Sundari is a member of the House of Representatives of Indonesia from the Indonesian Democratic Party of Struggle and Vice Chair of ASEAN P... arliamentarians for Human Rights. She is also a founding member of the Pancasila Caucus in the Indonesian Parliament, which focuses on freedom of religion or belief. Before becoming a member of Parliament in 2004, she was active in the women’s movement and NGOs in Indonesia. 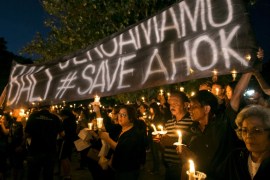