Born and raised in the UK to Sudanese Iranian parents, I graduated in medicine from University College London in 2003 and undertook postgraduate train... ing in emergency medicine. After gaining my MRCP (Membership of the Royal College of Physicians, London) and obtaining a diploma in tropical medicine I joined Médecins Sans Frontières (MSF) in 2009 as a field volunteer and spent six months in Iraq then another six in Haiti. Since then, I’ve worked on MSF projects in Lebanon for Syria, South Sudan and Sierra Leone during the Ebola crisis and in the summer of 2015 I joined the MSF UK board as a trustee of the organization. I still work as an emergency medicine registrar in Chelsea & Westminster hospital in London. My work with The Cure since 2013 has been such a gift. Not only have I been offered the opportunity to travel around the world but also to learn about inspiring medical and health innovations and professionals that I would normally never encounter in my daily work in the ER in London. What’s special about the series is that it has a positive outlook on health problems: it brings feel-good moments and quality science to viewers and shows that progress is being made all the time. It brings hope. Among my favourite films from the programme are “Building Blood” (series 2), which is an incredible story delivered simply without shying away from describing in-depth science. My favourite non-technical story still has to be my first ever film – and The Cure’s opening film in series 1 – “Hero Rats,” because it shows us that solutions can be homegrown, affordable as well as scientifically-validated. “Bionic Eye” (series 3) is a heartwarming film that  shows just how medical innovations can really change lives. In this latest series I've been very lucky to film in countries I've never been to. Without giving too much away, some of the highlights include, a film about an MSF project in Jordan; one about crowd-sourcing information to build 3D prosthetics (which I believe could signal a huge development for the future of information sharing); and I got to learn about an exciting project making huge steps forward in the research and development in the field of neglected tropical diseases.  Follow Dr Javid Abdelmoneim on Twitter and Instagram

Pre­sent­ed by prac­tic­ing medics, The Cure takes you on a jour­ney to the fron­tiers of world health, from cut­ting-edge sci­en­tif­ic break­throughs to ad­vances in af­ford­able health­care for those who need it most. This se­ries looks at some of the world’s most in­tractable health prob­lems and the in­spi­ra­tional peo­ple work­ing to find a cure. 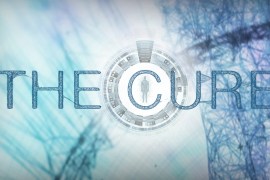