Deborah James has over twenty years of expertise working on issues of trade and democratic global governance. At CEPR, her work focuses on the World T... rade Organization, the International Monetary Fund, and US policy towards Latin America. Prior to CEPR, she was the Director of the WTO Program of Public Citizen's Global Trade Watch, where she worked to inform civil society and governments worldwide about the potential impacts of the WTO's proposed Doha Round expansion. She was also the Global Economy Director of Global Exchange, where she did similar work around the proposed Free Trade Area of the Americas. She has written numerous articles and makes regular media appearances in English and Spanish on these issues, and has appeared on CNN en Español, Voice of America, CNN International, and the O'Reilly Factor, among other news outlets. She graduated cum laude in Psychology and Women's Studies from the University of California at San Diego, and holds a Masters in International Policy and Planning from the George Washington University.

More than two decades af­ter its cre­ation, the WTO’s promise of pros­per­i­ty and job cre­ation has not been ful­filled. 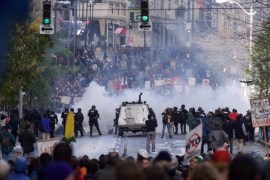 Opin­ion: Who should run the glob­al econ­o­my?

Gov­ern­ments from around the world will meet this week to de­ter­mine the fu­ture of glob­al eco­nom­ic gov­er­nance. 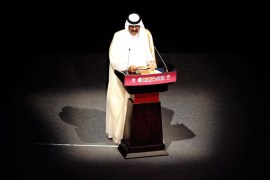