David R Malpass was named President of the World Bank Group in April 2019. Malpass previously served for eleven years in US government roles at the US... Treasury, State Department, Senate Budget Committee, and Congress’s Joint Economic Committee. In between government service, he worked for twenty-four years on Wall Street as a top-ranked economist, a columnist with Forbes magazine, and a frequent contributor to The Wall Street Journal. Malpass earned a degree in physics at Colorado College as a Boettcher Scholar, an MBA from the University of Denver, and studied as a Mid-Career Fellow at Georgetown University.

Re­gion­al In­te­gra­tion in the MENA re­gion: A call for ac­tion 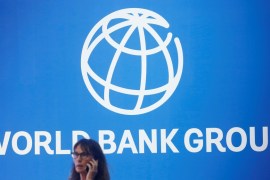