Today, his work concentrates on building economic and ecological resilience on working landscapes, with a special emphasis on carbon ranching and the ... new agrarian movement.His writing has appeared in numerous publications, including Farming, Acres Magazine, Rangelands, and the Natural Resources Journal. His essay “The Working Wilderness: a Call for a Land Health Movement" was published by Wendell Berry in 2005 in his collection of essays titled The Way of Ignorance. In 2008, Island Press published his book Revolution on the Range: the Rise of a New Ranch in the American West. He co-edited, with Dr Rick Knight, Conservation for a New Generation, also published by Island Press in 2008. 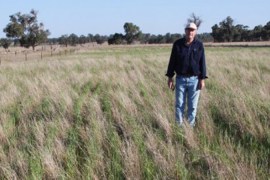