Alex Cobham is an economist and chief executive of the Tax Justice Network. He is also a commissioner for the Scottish Government’s Poverty and Inequa... lity Commission, and a founding member of the steering group of the Independent Commission for the Reform of International Corporate Taxation and of the technical advisory group for the Fair Tax Mark. He has published two books: The Uncounted (Polity Press), and Estimating Illicit Financial Flows: A Critical Guide to the Data, Methodologies, and Findings, with Petr Janský (Oxford University Press, open access).

Will pol­i­cy­mak­ers put Pan­do­ra’s Pa­pers back in the box?

There are clear mea­sures that can be tak­en to dis­man­tle fi­nan­cial se­cre­cy. All that is need­ed is po­lit­i­cal will. 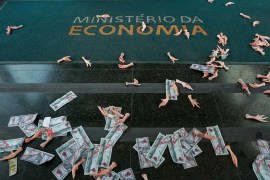